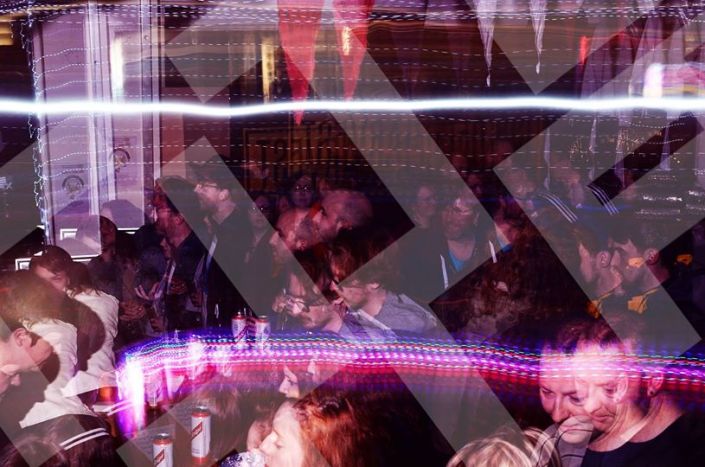 I am having so much fun with these guys – it is untrue. We have a lot running through over the next couple of months. Take a look and pop along, or if you can’t take a listen to the mixes.

You can also take a look at what is on offer on their website. 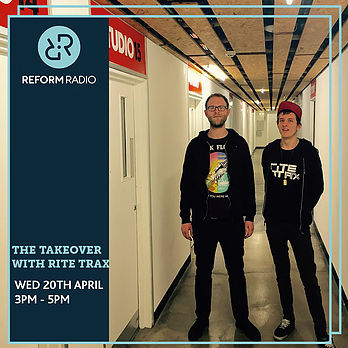 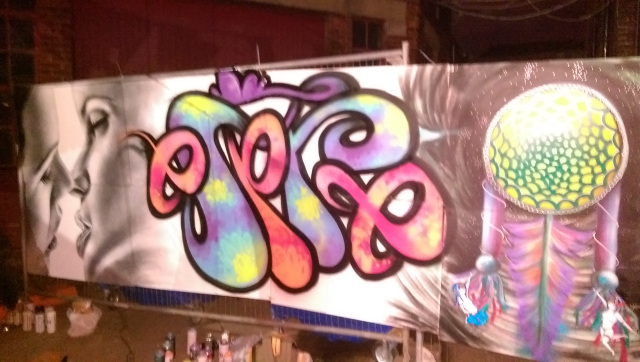 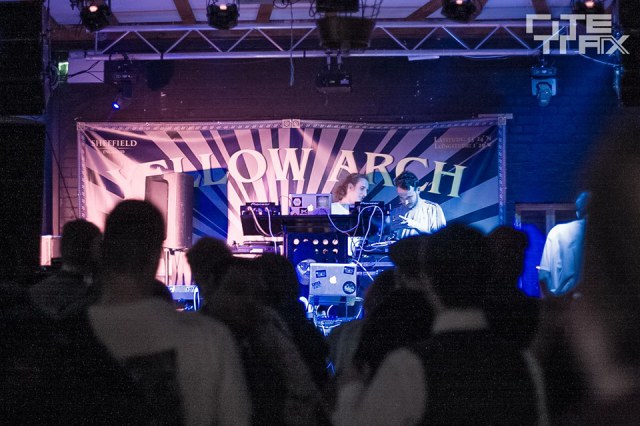 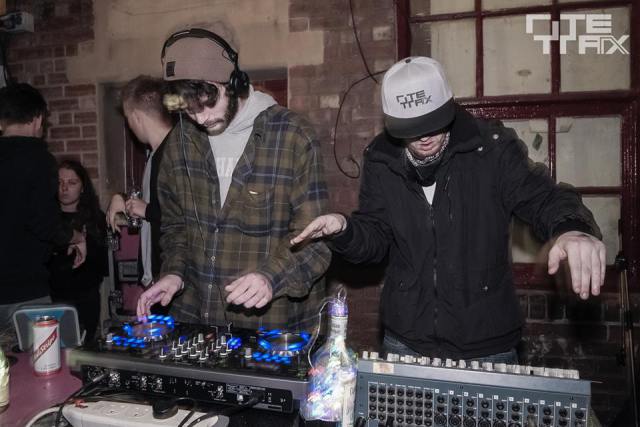 I was down in Coventry over the bank holiday weekend for a family event – my great niece’s christening. After the ceremony there was a bit of a bash and this band performed. Not everyone has a taste for covers bands – this band were tremendous – what a range of funk, soul, ska, reggae, disco, recent charts stuff. The Amy Winehouse covers were unbelievable – this band is worth a visit to Cov just for the sake of …

Introducing a night of ludicrous entertainment, with a headline slot from the one, the only….

KUNT AND THE GANG
Kunt and the Gang’s long overdue return to Sheffield as part of their Dirty Protest tour which is getting smudged all round the country. Come join in the shenanigans and hear greatest minor internet hits and more.

NOT FOR THE EASILY OFFENDED!

50 SNIFFS
Boston rappers and Youtube superstars – Sniffs and the other two shall be playing all their hits. Hey – 150,000 views on YouTube can’t be wrong.

ROFLCOPTRZ
Sheffield based lunatics playing all your favourite 90s dance hit in a way that will make you loose your head. Think Prodigy, think 2 Unlimited, think Outhere Brothers. Think 90s.

SPIT N STRINGS
Sheffield hip hop maestros are bringing the full band in for this special occasion, it’s not everyday you get to support a man called Kunt and his gang.

DJ SILVERBACK Aka FUTURHOOD AV
Playing all the platters that matter, DJ Silverback shall be spinning the tunes in between the acts! 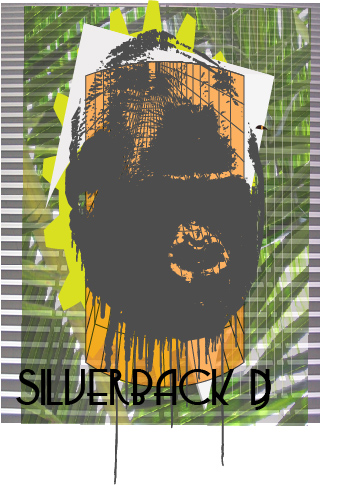 + Cool Beans DJs and general chat in between the live acts

Shut Up and Dance – The Cremorne this friday

SHUT UP AND DANCE & THE MODERN DAY FLAT CAPS (MDFC) SOUND SYSTE
ARE PLEASED TO BRING YOU A NIGHT OF LIVE MUSIC AND DJ’S.

IN THIS SPECIAL AUGUST EDITION WE HAVE CREATED A VIBE SO THERE IS SOMETHING FOR EVERYONE AND ITS ALL FREE.

TO KICK THE NIGHT OFF WE HAVE A SPECIAL LIVE SET FROM CORDITE COCKTAIL,

“Playing high energy, upbeat songs to get the party started. Connor McGovern (one of the founders of MDFC) and Craig Cartlidge are Cordite Cocktail, an acoustic duo with attitude. Performing acoustic renditions of songs by the likes of Plan B, Oasis and the Rolling Stones.” 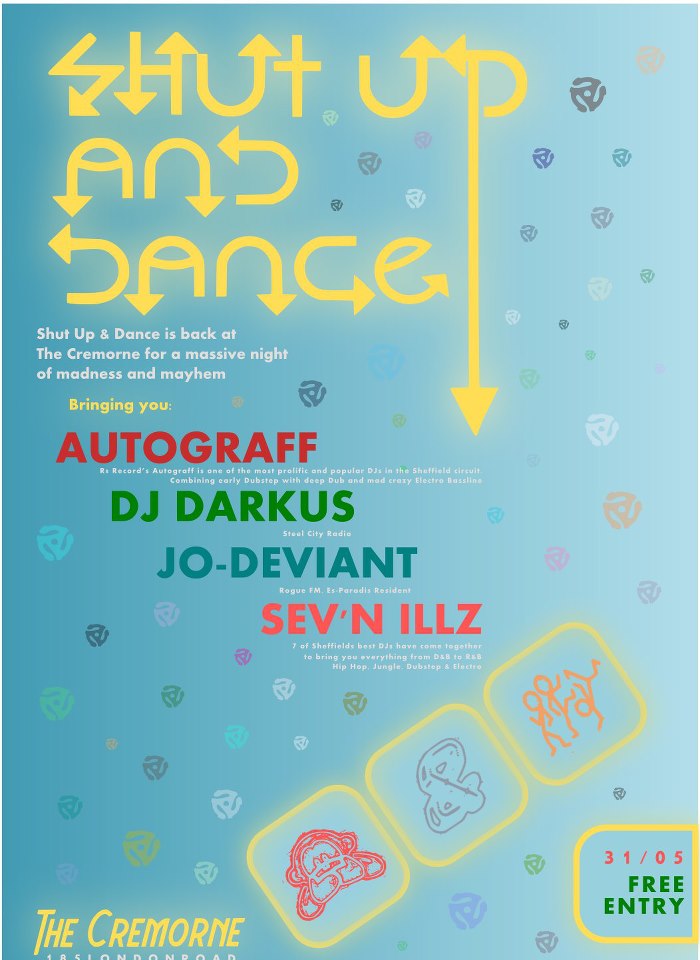 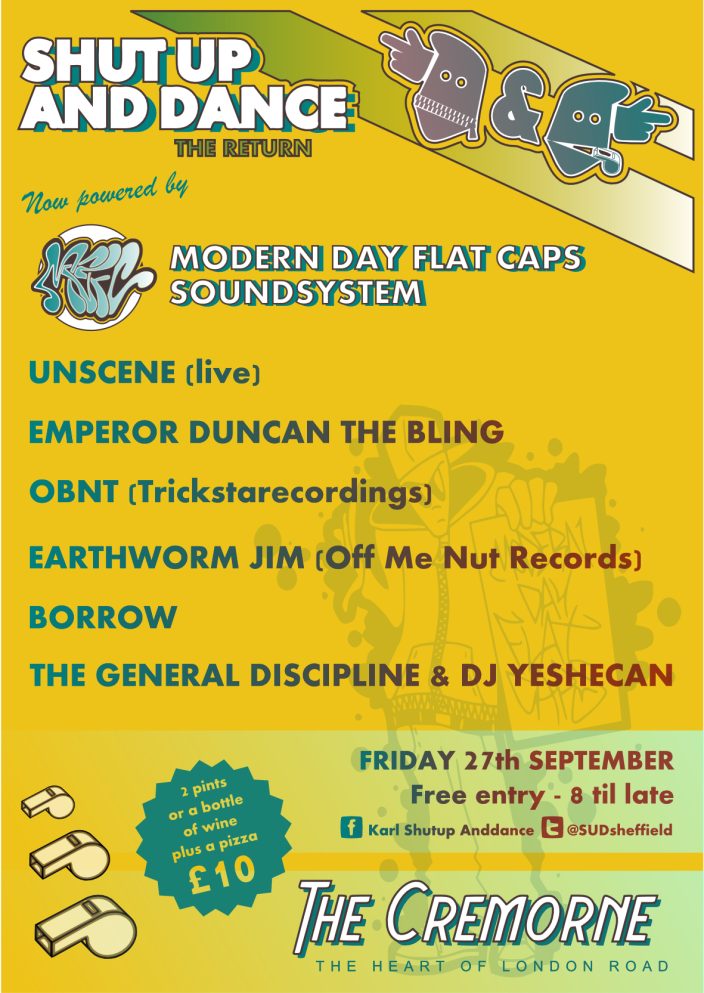 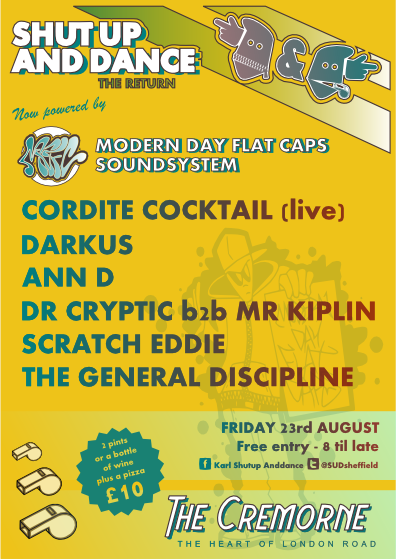 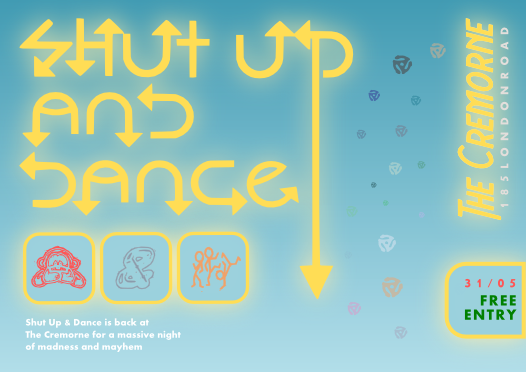 GOING ON TO DJ SETS FROM:

“With over ten years in the game, playing the north and south of the UK, Darkus knows how to bring the noise, Dark by name Dark by nature: welcome to the Darkside.”

“Ann D started Dj-ing in the time honoured way, playing a weekly 3 hour show on a pirate in the late 90’s, not because she woke up one morning wanting to be a DJ but because it was the only way to get the sort of show she wanted to listen to. After years of going to blue’s clubs, festivals and dancing her way through many music styles she had a vinyl collection that ranged from Prince Fari, Alpha & Omega, Beefheart, The Velvet Underground to The Orb, A Guy Called Gerald, the dirtiest English & German techno, breaks and DnB – that’s the kinda radio show she wanted to hear. Bizarrely and despite not having decks or being able to mix a cake, after about a year she was booked to play out, at which point she thought I’d better buy some technics and learn how to mix. Since then she has gone on to play all over the UK, Europe & Mexico playing with everyone from Rootsman, Richard Kirk, Aphex Twin, Tayo, The SUF Liberators & The Orb on their tour, she was resident at a night called Headcharge which often made the Mixmag top ten best nights in the UK before the council closed the venue down, she’s guested on numerous Radio shows both here & in Berlin, appeared on Channel 4, produced the soundtrack for a photographer’s book launch, featured in documentaries, written articles for various music mags and is soon to soundtrack a short film. She still continues to play a weekly show, on a legal station now – SCR Radio and thinks she’s lucky to be able to share her tunes.”

“Dr Cryptic has been DJing and Producing for around 10 years bringing a fresh style and unique sound to his music. Having played at some of the biggest nights across Sheffield and Leeds he has earned the respect and support from many in the industry.”

“Mr Kiplin has been DJing for around 7 years and has played some of the biggest and best clubs in the country including Ministry of Sound and Indigo at the O2 arena.”

“Scratch_eddie plays jungle and housey techno, on vinyl, though not at the same time. He sometimes scratches a bit and occasionally uses a kaoss pad. He’s prone to back-ache, but that’s just natural I guess: we all get old”

“A DJ/producer who has been in the game a hot minute! One of the founders of Modern Day Flat Caps (MDFC) He has played alongside the likes of Nicky Blackmarket, RESISTANCE FAMMO and Sheffield’s own HarleyLikesMusic. He’s known for ripping up the dance floor at venues such as M-CODE and has also played at Tramlines festival.”

ALL POWERED BY THE MDFC SOUND SYSTEM –

“Modern Day Flat Caps (MDFC) is a new Yorkshire based events company which is composed of Simon Mark (General Discipline) and Connor McGovern (Lead singer of Steel Season). Currently both studying music technology in music performance degrees and having masses of experience in the sound and promotion game, they guarantee a professional approach to your sound requirements and always provide a really fat sound.”

also put a good word in guys, there is a possibility that I will be providing VJ performance for the warehouse rave as well

some of our other work – the entertaining toolbox
f4mmedia on wix

the webstore on artery